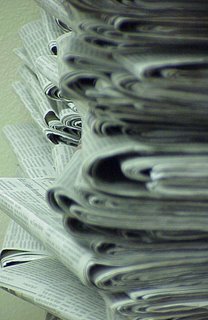 In an effort to capture those stories that might have slipped by your attention over the week, we present for your consumption and edification, the following:

Plame-Gate - Remember this story? Although most of the MSM has let go of the story for the time being, at least Murray Waas at the National Journal hasn't. In a great article that should catch anyone unfamiliar with all of the details of this story up to date, he reports:

President Bush told the special prosecutor in the CIA leak case that he directed Vice President Dick Cheney to personally lead an effort to counter allegations made by former Ambassador Joseph C. Wilson IV that his administration had misrepresented intelligence information to make the case to go to war with Iraq.... Bush also told federal prosecutors during his June 24, 2004, interview in the Oval Office that he had directed Cheney, as part of that broader effort, to disclose highly classified intelligence information that would not only defend his administration but also discredit Wilson....

Take a moment to catch up on this required reading.

The House continues to fall on top of the Bush Administration - People are familiar with Democratic charges that the President has broken the law in any number of ways during his Presidency. Now, Republicans and strong Bush supporters are beginning to see the reality of these charges, as well. On Sunday, The Washington Post reports that Rep. Peter Hoekstra (R-MI-2) has accused the President of breaking the law by not providing Congress with the appropriate information, relative to domestic surveilance programs.

I have learned of some alleged intelligence community activities about which our committee has not been briefed.... If these allegations are true, they may represent a breach of responsibility by the administration, a violation of the law, and, just as importantly, a direct affront to me and the members of this committee who have so ardently supported efforts to collect information on our enemies.... The U.S. Congress simply should not have to play 'Twenty Questions' to get the information that it deserves under our Constitution.

Of course, this story was initially reported by The New York Times, so I guess it was probably a secret that we weren't supposed to know. It would be better for The New York Times to just reprint the Bush Administration press releases than to actually do any investigative reporting. 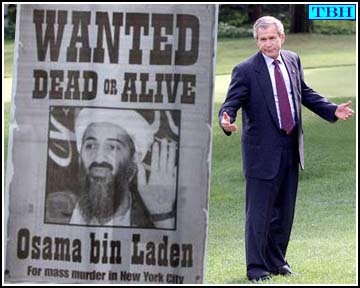 "Shutting down the Bin Laden unit squandered 10 years of expertise in the war on terror..." So says Michael Scheuer, in an interiew published in the Guardian Unlimited over the weekend. According to the article:

The man who led America's hunt for Osama bin Laden has said the CIA was wrong to disband the only unit devoted entirely to the terrorist leader's pursuit - just at a time when al-Qaida is reasserting its influence over global jihad.

The Administration continues to state the Bin Laden remains a high priority, but actions such as these clearly show the real story. 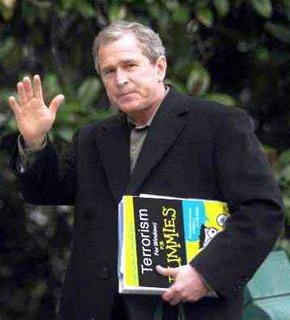 The state secrets that weren't secret - Joe Conason at Salon reports on the smear campaign against The New York Times, with regard to their reporting of terrorist funding investigations:

As with so many ugly accusations promoted by the likes of Coulter, Kristol and the Journal editorialists over the past decade, this furor is just another political hoax. Their professed outrage is a fraud, meant to intimidate mainstream journalists who have begun, at long last, to examine the misconduct of the Bush administration and the Republican congressional majority.

If you don't have all of the information regarding this issue, you owe it to yourself to read Conason's article, and see for yourself exactly how well-known and public this program actually was. Similar to gay marriage and flag burning, the New York Times is simply the latest target by which right-wing conservatives are hoping to bolster their chances in the November elections.

Gays at Globe told to marry or lose benefits - This story presents an interesting twist on the issue of gay marraige and civil unions, particularly in the state of Massachusetts. The Boston Herald reported over the weekend about a memo distributed to gay employees at The Boston Globe:

“An employee who currently covers a same-sex domestic partner as a dependent will have to marry his or her partner by Jan. 1 for the employee benefits coverage to continue at the employee rates...”

To be clear, the Boston Globe has long been a supporter of domestic partner benefits. However, since gay marriage has been legal since 2004, the paper now believes that gay couples must marry to continue to receive the same benefits they've received. The paper does not extend benefits to heterosexual domestic partners, and feared charges of discrimination. It will be interesting to follow this story, and to note how other large companies respond to this move by the Boston Globe.