How Many Times Can A "Man Of God" Break The Ninth Commandment Before God Gets Pissed? 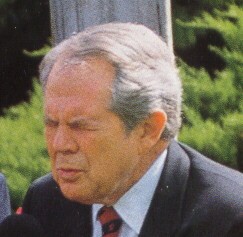 PTF rarely likes to give any attention to Pat Robertson, but occasionally, his stories are so ridiculous that even we can't be swayed to look the other way.

The latest? It appears that in addition to predicting hurricanes and tsunamis, telling American cities not to pray to God if their city is struck by a natural disaster, praying for the death of Supreme Court justices, and calling for the assassination of Hugo Chavez, Pat Robertson is able to leg press 2,000 pounds, thanks to the power of his God-given energy shakes.

Alas, with Pat Robertson, all things are possible.