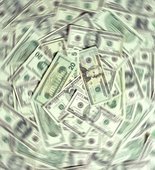 It is sometimes staggering to think about the amount of money that is funnelled through our United States government. It is truly hard to put any kind of perspective on the costs associated with policy within our government.

I recently ran across a running total of the Cost of War in Iraq. There's nothing fancy about this calculator, really. It simply is set to reach $315 billion on September 30, 2006 - the end of fiscal year 2006. The figure is reached according to Congressional appropriations, and is recalculated as further appropriations or other information is put into effect.

Yesterday, we commemorated Memorial Day, and paid tribute to the human cost of war. Today, let's put aside whether you approve of the war in Iraq or disapprove of it, and simply look at the cost, relative to some other places where the money might be otherwise put to use.

For the same $284 billion dollars, we could: 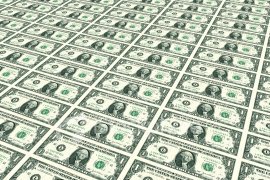 Looking at the REAL reasons we went into Iraq, is the cost worth giving up ANY of these initiatives? Unfortunately, we'll never know.