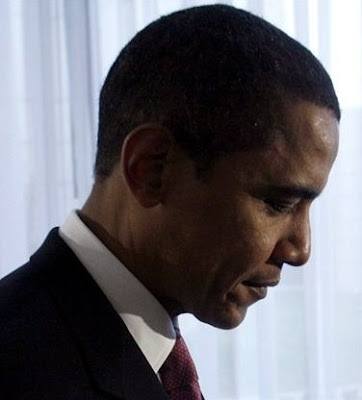 OK, so it's probably not going to measure up to the speech whose 45th anniversary is celebrated today, and maybe people will question the pillars behind him when he speaks, but make NO mistake... tonight is a historic night.

And for those of you who believe that Barack Obama has no plan to bring about the change he is talking about, LISTEN CLOSELY tonight as he spells it out for you... once again. And if you choose not to listen, you can read it right here, before it even comes out of his mouth in Denver. Here are excerpts from his historic speech to be presented tonight:

“Four years ago, I stood before you and told you my story – of the brief union between a young man from Kenya and a young woman from Kansas who weren’t well-off or well-known, but shared a belief that in America, their son could achieve whatever he put his mind to.

“It is that promise that has always set this country apart – that through hard work and sacrifice, each of us can pursue our individual dreams but still come together as one American family, to ensure that the next generation can pursue their dreams as well.

“It is why I stand here tonight. Because for two hundred and thirty two years, at each moment when that promise was in jeopardy, ordinary men and women – students and soldiers, farmers and teachers, nurses and janitors -- found the courage to keep it alive.

“We meet at one of those defining moments – a moment when our nation is at war, our economy is in turmoil, and the American promise has been threatened once more.

“These challenges are not all of government’s making. But the failure to respond is a direct result of a broken politics in Washington and the failed presidency of George W. Bush.

“America, we are better than these last eight years. We are a better country than this.” 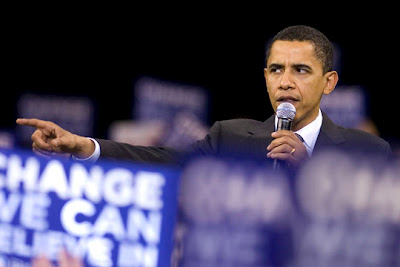 “This moment – this election – is our chance to keep, in the 21st century, the American promise alive. Because next week, in Minnesota, the same party that brought you two terms of George Bush and Dick Cheney will ask this country for a third. And we are here because we love this country too much to let the next four years look just like the last eight. On November 4th, we must stand up and say: “Eight is enough.”

“Now let there be no doubt. The Republican nominee, John McCain, has worn the uniform of our country with bravery and distinction, and for that we owe him our gratitude and respect. And next week, we’ll also hear about those occasions when he’s broken with his party as evidence that he can deliver the change that we need.

***
“You see, we Democrats have a very different measure of what constitutes progress in this country.

“We measure progress by how many people can find a job that pays the mortgage; whether you can put away a little extra money at the end of each month so that you can someday watch your child receive her diploma. We measure progress in the 23 million new jobs that were created when Bill Clinton was President – when the average American family saw its income go up $7,500 instead of down $2,000 like it has under George Bush.

“We measure the strength of our economy not by the number of billionaires we have or the profits of the Fortune 500, but by whether someone with a good idea can take a risk and start a business, or whether the waitress who lives on tips can take a day off to look after a sick kid without losing her job – an economy that honors the dignity of work.

“The fundamentals we use to measure economic strength are whether we are living up to that fundamental promise that has made this country great – a promise that is the only reason I am standing here tonight.” 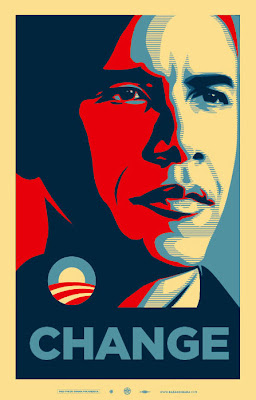 “That’s the promise we need to keep. That’s the change we need right now. So let me spell out exactly what that change would mean if I am President.
.
“Change means a tax code that doesn’t reward the lobbyists who wrote it, but the American workers and small businesses who deserve it.

“Unlike John McCain, I will stop giving tax breaks to corporations that ship our jobs overseas, and I will start giving them to companies that create good jobs right here in America.

“I will eliminate capital gains taxes for the small businesses and the start-ups that will create the high-wage, high-tech jobs of tomorrow.

“I will cut taxes – cut taxes – for 95% of all working families. Because in an economy like this, the last thing we should do is raise taxes on the middle-class.

“And for the sake of our economy, our security, and the future of our planet, I will set a clear goal as President: in ten years, we will finally end our dependence on oil from the Middle East.

“Washington has been talking about our oil addiction for the last thirty years, and John McCain has been there for twenty-six of them. In that time, he’s said no to higher fuel-efficiency standards for cars, no to investments in renewable energy, no to renewable fuels. And today, we import triple the amount of oil as the day that Senator McCain took office.

“Now is the time to end this addiction, and to understand that drilling is a stop-gap measure, not a long-term solution. Not even close.

“As President, I will tap our natural gas reserves, invest in clean coal technology, and find ways to safely harness nuclear power. I’ll help our auto companies re-tool, so that the fuel-efficient cars of the future are built right here in America. I’ll make it easier for the American people to afford these new cars. And I’ll invest $150 billion over the next decade in affordable, renewable sources of energy – wind power and solar power and the next generation of biofuels; an investment that will lead to new industries and five million new jobs that pay well and can’t ever be outsourced.”

“As Commander-in-Chief, I will never hesitate to defend this nation, but I will only send our troops into harm’s way with a clear mission and a sacred commitment to give them the equipment they need in battle and the care and benefits they deserve when they come home.

“I will end this war in Iraq responsibly, and finish the fight against al Qaeda and the Taliban in Afghanistan. I will rebuild our military to meet future conflicts. But I will also renew the tough, direct diplomacy that can prevent Iran from obtaining nuclear weapons. I will build new partnerships to defeat the threats of the 21st century: terrorism and nuclear proliferation; poverty and genocide; climate change and disease. And I will restore our moral standing so that America is once more the last, best hope for all who are called to the cause of freedom, who long for lives of peace, and who yearn for a better future.”

Just in case you were wondering...